If you're new here, you may want to subscribe to my RSS feed. Thanks for visiting!

For several years sailing the Karaburun peninsula with the kayak, was in the personal list of things “to do”. My father had tried to leave only two times, but could not go very far because once approached to Gjuza Cape the troubled sea and wind forced him to abandon the enterprise. After over two hours of tedious aggressive dig, I fortunately benefited a surprise “walk” to Pashaliman, that was generously offered by a Navy patrol military, whose Effective was exploding mines, exactly on the beach where I predicted the landing, near the bay of St. Jan. The same thing happened to me during the first attempt – when a sudden wind changed in less than half an hour the calm sea by merely hardly be navigable waters. Slow waves and strong wind sailing to prevent whenever raises to rowing oar, by the changing direction. 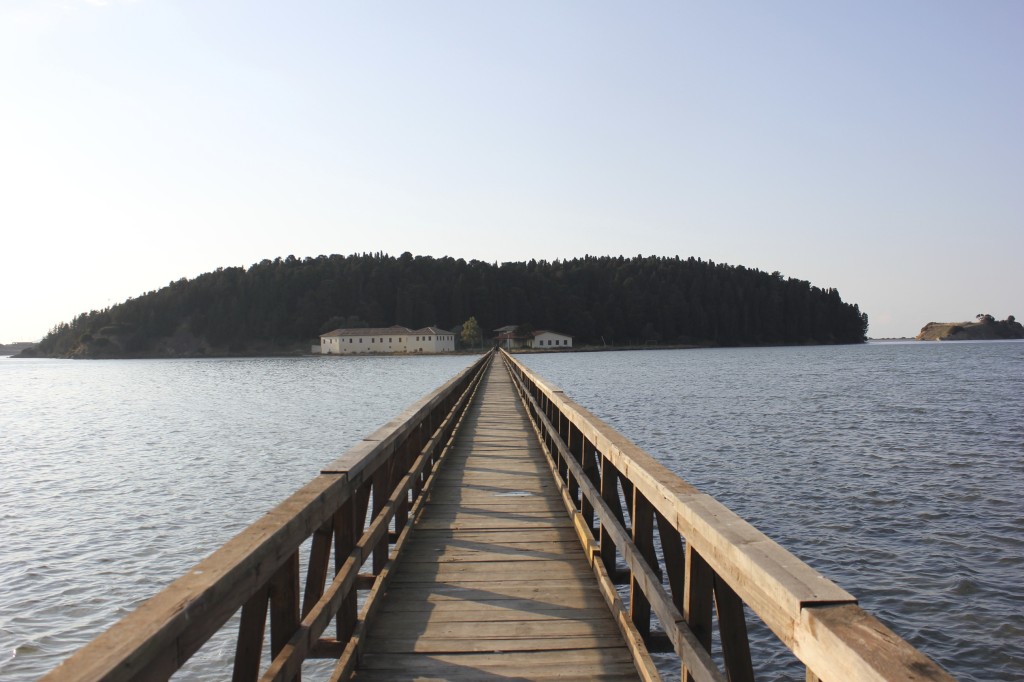 Isolated for decades under a dictatorship that was harsh even by Communist standards, Albania opened up in the 1990s and has since been hustling to catch up to the rest of Europe. On a recent visit, many locals complained that their country might be catching up too fast. For travelers that’s all the more reason to visit soon, before busloads of tourists convert secret spots into more crowded destinations.

Below are the 10 good reasons you should visit Albania in 2013. If you go, you’ll undoubtedly come up with more.

This said, Albania’s headlong rush into the future has not been painless. The country remains poorly-equipped for mass tourism: waste treatment is inadequate, the litter problem is severe and some roads are poor. It is a delightful country for travelers, but requires patience

1) Affordability
Albania remains relatively inexpensive, at least by European standards. Prices are around 30% to 50% cheaper than in neighboring Croatia, Greece or Italy so in these times of unsettled economies, Albania is a bargain.
2) Timing
Albanian roads and resorts aren’t choked by tour buses — yet. While a few adventure or cultural tours do visit, the country mostly lacks the mass tourism found elsewhere along the coast. But this won’t last, and the country’s relatively small size means crowding is bound to happen. Go now — you’ll have much of the country to yourself.
3) Adventure
It has been said that Albania is Europe’s next adventure destination, in part because of its natural beauty but also because there’s so much to do. The seas are empty and many tiny beaches are secluded. It is a paradise for mountain biking, rafting and kayaking, and the best yet: you’ll feel almost alone because there simply aren’t many people around.
4) Diversity
Layer upon layer of civilizations have provided Albania with an interesting population dynamic. During the latter part of the 20th century, religion was banned by the Enver Hoxha regime and Albania became officially atheist. Religion is back, but not with a vengeance. Although half the population is Muslim, Albania is a proudly secular state with a laid back approach to religion.
5) Safety
There were serious safety concerns in the 1990s when pyramid schemes ruined families and took their life savings, prompting violence in the streets and the arming of the population. Things quieted down and today, even the ‘badlands’ of Bajram Curri, known for some of the worst violence, are about as dangerous as an ice cream parlor on a warm weekend.
6) Friendly Locals
Mass tourism hasn’t overrun the country yet so people are still warm and welcoming — and mostly curious. During an impromptu visit to a family home in the Albanian Alps, a huge spread of well over a dozen local dishes appeared from nowhere. Long kept isolated from the world around them, Albanians are keen to reach out and meet visitors. They’re also keen to dispel their country’s reputation for danger and strife.
7) Tradition
If you prefer the past to the future you’ll feel as though time has not passed at all. Farmers have little mechanized equipment and till the land much as their ancestors did. Along Lake Ohrid women prepare pasta by hand and let it dry outside. In town, donkey carts vie with automobiles on busy streets. In the Alps, houses may remain isolated for weeks at a time in winter, much as they have for centuries. And northern women continue growing most of their food, making plum wine the same way their great-grandmothers did.
8) Contrasts
Part of Albania’s charm is its stumbling progress into the 21st century. Pristine deserted beaches vie with overcrowded resorts while litter and environmental protection efforts live side by side. Communism is mostly dead and almost conspicuous by its absence, and Albanians have rushed to embrace capitalism. In the capital Tirana you’ll be hard-pressed to find someone without a cellphone.
9) Cultural Treasures
The country is full of ancient ruins, the best-known of which is Butrint, protected as a World Heritage Site by UNESCO. The far less-explored Apollonia was once a Corinthian port but the water has since receded and it is now inland. More recent in history are Berat and Gjirokaster, whose unique Ottoman architecture is also protected by UNESCO. And then there are the delightful churches of Voskopoje in the mountains near the southeastern town of Korça. Unfortunately, they are crumbling and in bad need of attention, hardly protected at all despite their beautiful fragility.
10. Natural Beauty
Albania’s beauty is stark and savage and lonely, from the towering Alps in the North to man-made Lake Komani or the beaches of the Adriatic and Ionian Seas. It’s a wild beauty that makes you almost question whether you should be there at all — since no one else seems to be.
by Leyla Giray
Posted: 12/27/2012 7:00 am
Share - Shperndaheni:

Enter your email and stay on top of things,